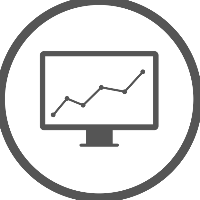 Once you have successfully logged into the LMS it may look very different to what you are use too, particularly if you are use to using windows.  Please do not let this put you off.  The research computing team have successfully managed to help many people use these computers who have never used Linux command line before.  It takes a bit of getting use to but the more you use it the easier and quicker it will become over time.

The last line is a command prompt and it is the means by which the computer is telling you that it is ready to accept a command from you. If you do not see the prompt, the computer is probability still executing the last command you have typed. The user types commands which take the form:

When you see the prompt type the following command.  You can also copy and paste the command into your terminal

What happens?  The terminal should write out "i love York".  The echo command is a small program that takes an input called a string, a series of characters and repeats them to the user.

The ls command lists all of the files in your current directory. A directory is equivalent to a folder.  The ls -l command gives you more information about each file or folder such as who is the owner of the file, who can access it, when it was last accessed. You can use most linux commands in a number of ways by adding extra flags.  Here for ls -l we added the -l flag. If you need to know more about a command you can use either of the following